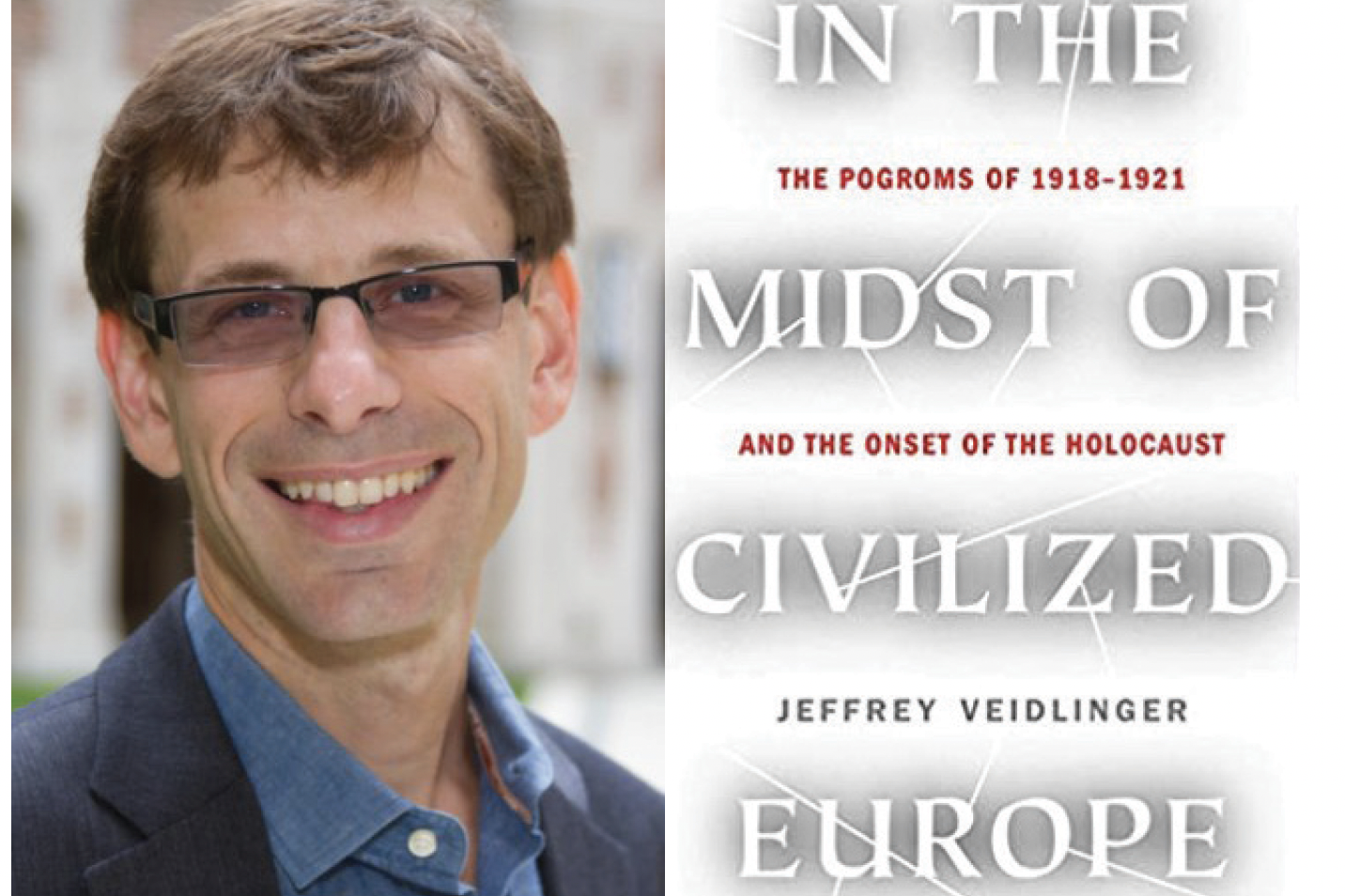 In the Midst of Civilized Europe: The Pogroms of 1918-1921 and the Onset of the Holocaust
by Professor Jeffrey Veidlinger

Between 1918 and 1921, over a hundred thousand Jews were murdered in Ukraine by peasants, townsmen, and soldiers who blamed the Jews for the turmoil of the Russian Revolution. In hundreds of separate incidents, ordinary people robbed their Jewish neighbors with impunity, burned down their houses, ripped apart their Torah scrolls, sexually assaulted them, and killed them. Largely forgotten today, these pogroms—ethnic riots—dominated headlines and international affairs in their time. Aid workers warned that six million Jews were in danger of complete extermination. Twenty years later, these dire predictions would come true.

Drawing upon long-neglected archival materials, including thousands of newly discovered witness testimonies, trial records, and official orders, acclaimed historian Jeffrey Veidlinger shows for the first time how this wave of genocidal violence created the conditions for the Holocaust. Through stories of survivors, perpetrators, aid workers, and governmental officials, he explains how so many different groups of people came to the same conclusion: that killing Jews was an acceptable response to their various problems.

Dr. Jeffrey Veidlinger is Joseph Brodsky Collegiate Professor of History and Judaic Studies at the University of Michigan. Professor Veidlinger is the author of the award-winning books, In the Shadow of the Shtetl: Small-Town Jewish Life in Soviet Ukraine, The Moscow State Yiddish Theater: Jewish Culture on the Soviet Stage, and Jewish Public Culture in the Late Russian Empire. Veidlinger is the chair of the Academic Advisory Council of the Center for Jewish History, a member of the Executive Committee of the American Academy for Jewish Research, a member of the Academic Committee of the United States Holocaust Memorial Museum, and a former vice-president of the Association for Jewish Studies. His work has been supported by grants and fellowships from numerous agencies, including the National Endowment for the Humanities and the Social Science and Humanities Research Council.